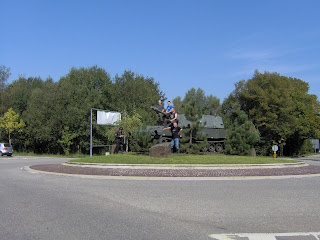 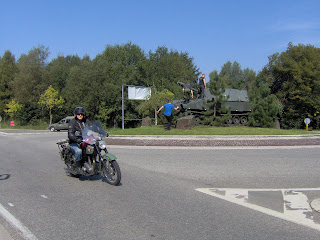 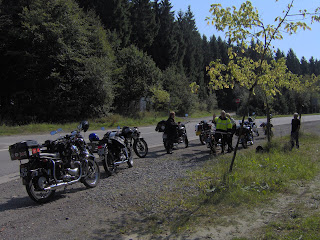 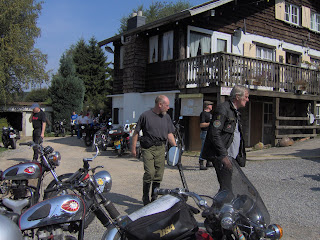 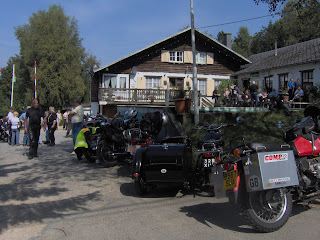 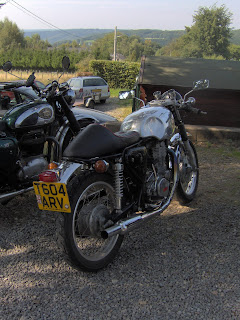 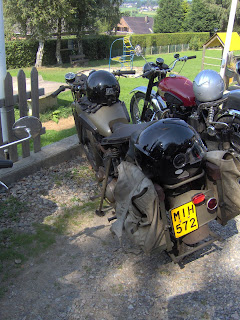 Today was the organised route to take us into Holland, Belgium and Germany.  Jon was leader of the gang today so it was up to him to follow the directions and deliver the North Staffs contingent safely to the lunch stop at Waimes-Malmedy.  Some bits of the route were familiar from our unofficial ride yesterday but others were new.  Jon navigated well and led our group to the Campsite Familial for a very tasty and welcome baguette lunch and a refreshing drink.  He threatened to run away and leave everyone to find their own way back but John had cleverly blocked Jon in by parking his Starfire behind the B31. Soon it was time to head back through some more lovely countryside, taking in a 10 mile stretch of what was the old Francorchamps racetrack.  Jon and Arthur, in particular, enjoyed being racers for a while and I, tailing along at the back, happily chugged slowly but surely up and down the hills.  We had planned to stop for a drink at the same bar near Barrage La Gileppe but it was shut so we kept going until we returned to the campsite where the bar was a welcome site and our backsides were glad to have a break from sitting on BSAs!  A lot of effort had obviously gone into organising the route and making sure the instructions were clear and easy to follow so a big thanks to the organisers for ensuring a very enjoyable day out for all.

The evening entertainment was provided by a drag act called Gisele who appeared in a wide selection of outrageous outfits and kept everyone laughing, sometimes until they cried.  Gisele's impression of Samantha Fox's "Touch Me" involved rubbing various (rather large) bits against Polly Palmer who, later on, further contributed to the evenings entertainment by singing lots of Rugby songs - and we were shocked to find that Lynne Schuker knew all the words! In keeping with tradition, Franz made a dramatic entrance riding his BSA into the marquee and was Told Off. 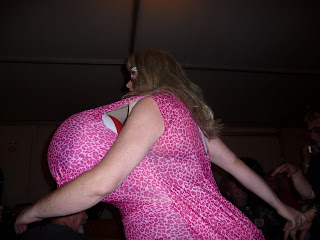 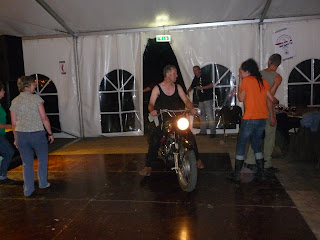 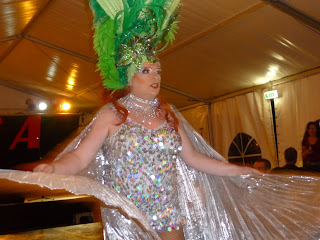